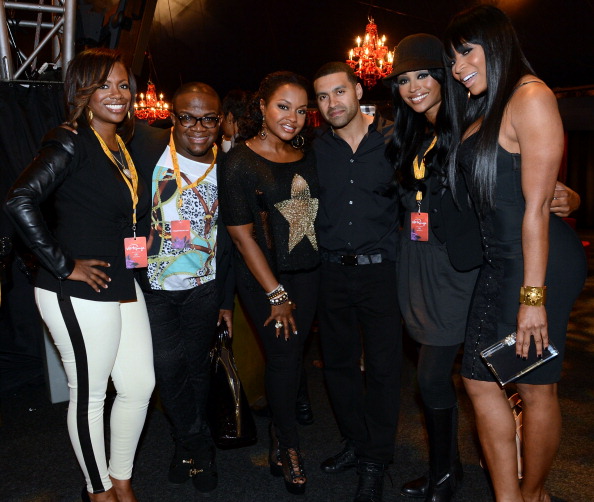 If there is one thing we’ve learned from the Real Housewives of Atlanta in the past 8 seasons, it’s that this particular group of woman have a fondness for referring to themselves as classy, but their actions prove they are all talk. From the infamous Sherree and the house that never was returning for the season as a recurring guests and the introduction of famous actress Kim Fields to the cast, it’s been a dramatic season so far, and it proves to be one that is not getting any less dramatic.

The most dramatic moment of the season occurred in the trailer for the season before it premiered. This approximately 2-minute clip shows the women going above and beyond to hurt one another. It shows the marital strife and absolute lack of respect between Cynthia Bailey and her husband, Peter Thomas. It shows one of the housewives working hard to tear down Kim Fields by calling her old and telling her that her television show was so old she’s never even heard of her. We see fights, we see drama, and we see some behavior that is embarrassing enough that these women must cringe when they watch themselves on television in the aftermath of being caught red-handed on camera forgetting every ounce of class and respect we know their mothers raised them with. It’s no wonder NeNe Leakes wants nothing to do with this cast of characters – because characters is what they are.

However, that doesn’t stop the rest of the world from wanting to enjoy the drama, the juicy moments and the strife between these women. After all, watching a show like this proves several things.

Here are some of the most dramatic, juiciest, most amazing moments from this season – so far. We know it will only get worse from this point forward. 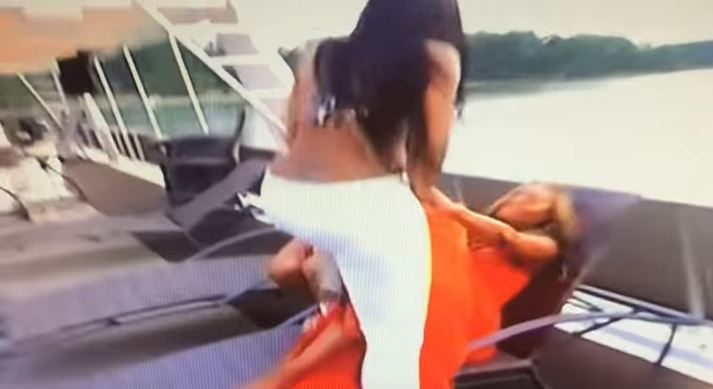 During filming at the beginning of season 8, Cynthia Bailey proved, once more, just how little she actually cares for Porsha Williams. During an altercation on a boat, Cynthia, 47, was so furious she actually kicked the 30-something Porsha right in the stomach and caused her to fall to the other side of the boat. What they were arguing about really doesn’t even matter given the fact that this might be on the single most classless and disgusting moments in which any woman would ever engage.

Anyone that watches this particular show knows that Peter Thomas is not necessarily a nice guy. We don’t know him or his personal story, but when a man feels it’s all right to disrespect his wife on a regular basis, to find himself caught on camera with other women and then to tell his wife that he’s not going to stop what he’s doing, well, we think he might not be all that nice.

This season on the Real Housewives of Atlanta tells us that Peter is causing a lot of drama, and that includes the many times he and his wife get into it. They really do have a thing for making sure they get into their dramatic fights in as many public places as necessary. These two are always in the middle of some sort of personal drama, and it doesn’t work out so well for them. This might not seem shocking or all that dramatic to many, but to us it really just says that these are people who aren’t showing off their classy side in this world.

When Phaedra Lies about Apollo

Listen, we don’t even care about Phaedra’s lies at this point. She married a man who did her and her family wrong, and now she is doing whatever she can to protect her kids and her reputation. Okay, so we do have to say that we don’t know what she was thinking when she married a man who had already served a prison sentence when she is an attorney and knew full well that he was not the kind of person that you want to become involved with, but still. This is one relationship we think might be a little crazy.

This  season, however, the housewives were appalled when they found out that when Phaedra Parks told them she talks to Apollo every single day from his prison cell and that he speaks to the kids every single day it’s all a lie, they were shocked. It turns out Apollo did tell some friends that when he calls his wife and their kids, no one ever answers the phone. The wives are horrified she would not allow this man to speak to her or the kids.

Now, we know that they’ve divorced and that they are no longer together, but we simply are nowhere near as horrified as the other wives about this lie. It’s her kids, her choice and her life to handle. So we are of the opinion that if Phaedra wants to lie to keep her personal life private, that is her prerogative.

These might not seem like some of the most dramatic moments when you think about some of the other really dramatic moments, but we think that it’s not all that different. To us, the real craziness is the lack of respect, the lack of ladylike behavior and the lack of common decency. These are women who prove time and time again that they are not afraid to fight, yell, scream and make a scene at the most inopportune times, but they are also women who are living lives that make us feel a little sorry for them. Money does not buy class or happiness, apparently, and some of these scenes make us realize that there is a reason for this.