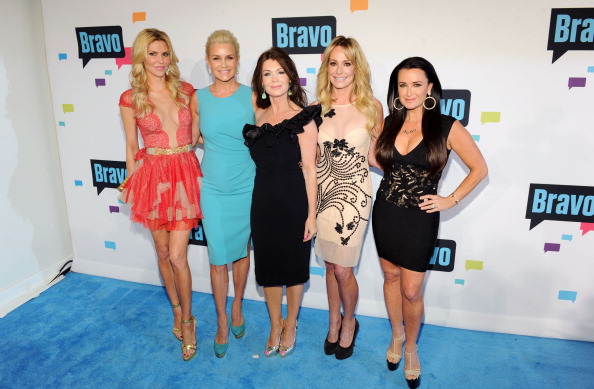 The Real Housewives of Beverly Hills is about to become a bit more interesting. It seems that the franchise is making good on its promise to remove former stars Carlton Gebbia and Joyce Giraud from the show (rumor has it they didn’t bring anything worthwhile to the series) and replace them with a few famous faces. While Gebbia and Giraud might not have been overly recognizable before the series, the two new faces joining the cast are.

Lisa Rinna and Eileen Davidson will be joining the cast as new housewives. Both are famous soap opera stars who played characters on the hit soap opera Days of Our Lives. The two are familiar with working together, seeing as they spent two years in front of the camera during their times on the hit soap. Davidson was on the show beginning in 1993, when she was cast as the evil Kristen DiMera. Rinna played the role of Billie Reed in 1992 and continued to portray Reed until 1995. Both actresses came back later on to reprise their roles in the hit show at a later date – anything can happen in the soaps.

Now the two will appear together in one of the biggest Housewives franchises, starring as themselves. While Bravo has not yet officially confirmed the fact that Davidson is joining the cast, it appears that it will only be a matter of days before the announcement is made official. Sources close to the former soap star have confirmed the actress’ role on the series.

The Real Housewives franchise is an interesting one. What you…

She’s a real housewife with some real problems, and Ramona…

The Real Housewives franchise has become one of the most…