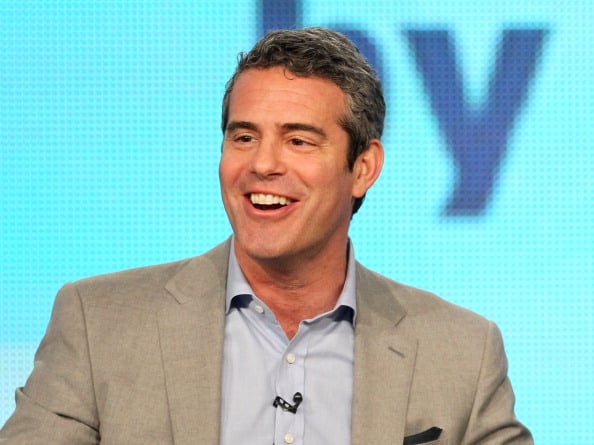 The first installment of the Real Housewives of New Jersey Reunion airs this Sunday night, November 2, on Bravo, and it seems that it’s the most emotional reunion to date. It’s not uncommon to see emotions running high and the stars of the show tearing up, crying and even yelling at one another. However, it is uncommon to see the host of the reunions, Andy Cohen, become emotional. He typically sits back, watches with amusement and asks questions he knows are going to upset the stars and having them screaming at one another. This time, however, he was the one filled with emotion.

“Teresa had just been sentenced, and it seems like it’s Teresa’s last reunion. So there was an air of real, kind of serious heaviness and emotion that was there the whole time. It was just different. It was emotional, and it was kind of more layered,” he said of the atmosphere in the reunion show taping. “I really got emotional at the end when I was talking to Teresa. I held it together, but I was basically kind of maybe crying. When it ended, I gave her this big hug. I could barely look at her. I was basically crying, and I didn’t want to cry on camera. I was upset, I was really upset,” he goes on to say.

The reality star was recently sentenced to 15 months in prison and her husband will begin serving a 41 month term when she is released. She won’t, obviously, be around next year to film the show so it’s unlikely that the star will take part in any upcoming seasons. As for whether or not she will return to the show when her sentence has ended remains unknown. However, she does have some big fans who would be happy to see her back, despite her law breaking.

You might not know her too well just yet, but…