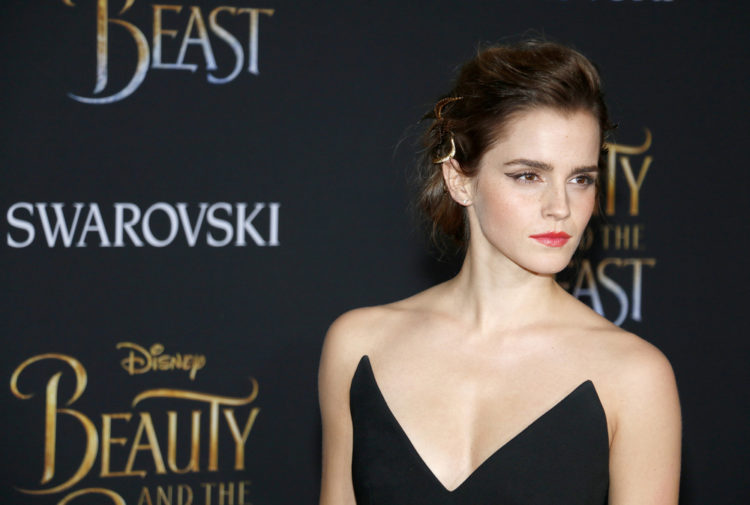 The entertainment industry can be fickle. Some talented people spend their lives working hard and barely get noticed. Some of them are pleasantly surprised when a project propels them to dizzying heights of fame, seemingly overnight. It only takes one blockbuster project that the public finds entertaining to do the trick. Actors can appear in a film or special or on an internet podcast that goes viral and moves them from anonymity to superstardom in less than a day. The news about trendy people travels fast these days. We’ve seen many personalities make the jump with seeming light speed. Enjoy our list of 20 celebrities who achieved fame overnight.

Capital FM highlights Justin Bieber as one of the most famous singers in modern times. Justin was first discovered on YouTube as a singer and songwriter with above-average talent. He was an unknown, as many young entertainers who post videos to YouTube and other similar sites. Bieber was one of the fortunate few who got picked up by a manager who helped him become one of the biggest sensations in the teen music scene. Justin went from an unknown to one of the biggest teen heartthrobs of our time, and he did it almost overnight.

Daniel Radcliffe was a young actor who had appeared in a few minor roles before “Harry Potter.” but he wasn’t well known by the public. Radcliff’s role as the mystical Harry Potter skyrocketed the aspiring young actor to superstardom. Daniel went on from one blockbuster hit film in the series to another. Radcliffe spent his childhood and teen years fulfilling the role that made him one of the most famous British actors of the decade.

Psy is a Korean entertainer who continued to release music for years, but he was relatively unknown to the larger world. Psy’s fame remained mostly in his home country. It wasn’t until his 2012 hit “Gangnam Style” was released that he suddenly became a famous singer. His fame spread throughout the world. The song was the accelerator that made Psy a household name, as it became one of the most played songs on the planet. He won an EMA for MTV for the music video for the song.

Danielle Bregoli is a rap music star. She snagged a contract with Atlantic Records after appearing on “Dr. Phil” with her mom. Nobody knew who she was until she coined a phrase that caught on big time. She said, “Cash Me Ousside,” on national television. The phrase became a sensation. To translate, she said, “Catch me outside, how bout that.” Her words became an internet meme almost immediately. At the age of fourteen, she made enough money to pay off the mortgage on her mom’s house and she adopted the stage name Bhad Bhabie.

Miley Cyrus was a cute kid-star in her early days. Cyrus got a start on the teen television series “Hannah Montana.” Although she had a famous dad, nobody knew who she was until she started in the cute kid show. It was an instant success. Miley became a star overnight. She was launched into superstardom and her fame has continued to climb. Her debut album went triple platinum within a year of launching her acting career.

The boy band One direction was a group of young men that were unknown. They competed in the X-Factor, but lost, however, their appearance got them noticed by the right people. The group was picked up and they went from unknowns to superstars practically overnight. Liam, Louis, Harry, Zayn, and Nial all went on to be teen heartthrobs after the release of their debut “What Makes You Beautiful,” which charted at the top. Although the band broke up, each of these singers has achieved superstardom.

Money points out that Alana Thompson, more well-known to fans as Honey Boo-Boo, is another young star who became a sensation overnight. Alana got a break on the TLC channel’s “Toddlers and Tiaras,” appearing in a beauty pageant for children. Honey and her mom June were recognized as the right stuff. The two were picked up for a reality television show titled “Here Comes Honey Boo-Boo,” and the rest is history. Almost everyone has heard the name Honey Boo Boo.

Kalen Allen worked hard as a college student with several odd jobs to support himself. He was a busy guy, but he liked to have fun. He made a self-video critiquing a cooking show, then posted it on Facebook. Kalen did it for a laugh. It was a funny video, but he didn’t think it would be the start of something bigger. Soon his critique was being shared by friends of friends and it made the rounds. Within a few hours, more than 5,000 people had shared the video. When he saw how popular it became, he made more food critiques. He built his fame with YouTube videos that now receive millions of views. Kalen Allen was contacted by Ellen Degeneres, who made him a member of her staff. He is still producing his “Kalen Reacts” videos.

Amber Heard was an actress who appeared in a few television shows, but she hadn’t made it to the big time. She was still largely unknown until she was cast in the film “The Rum Diary, appearing with Johnny Depp. Although the film didn’t go far, her romance with Johnny Depp received a lot of attention. The two married and she became the center of attention. Gossip columns were abuzz and she was the topic of conversation. Her fame came overnight, as soon as the news of her relationship with Depp broke.

Every soccer fan knows the name Lionel Messi, but that hasn’t always been the case. Even though he was a talented soccer player, he grew up with medical problems that prevented him from growing at the rate of other kids his age. Messi had a growth hormone deficiency that required a lot of treatments. This didn’t stop him from developing amazing talent as a soccer player. When a talent scout saw him and brought him on board with a professional contract, his fame grew overnight. All it took was for fans to see him in action. Messi instantly became a fan favorite.

Jeremy Meeks has an interesting story. He was a Crips gang member who faced felony charges. Police posted pictures of the outstandingly good-looking guy, and it got results. Meeks was caught and served time in prison. The photo circulated revealed a man with such remarkably attractive features that modeling agencies were awaiting his release from prison to offer him a job. He became an instant sensation after his video was posted online and went viral. Meeks now runs in the company of some of the richest and famous people around. Unfortunately, he left his wife and took up with the wealthy heiress Chloe Green. He didn’t handle the fame very well.

Stephanie Meyer led an unremarkable life as a stay-at-home-mother. She cleaned the house and cared for her children, but Meyer had a whimsical side and a passion for vampires. She dreamed about them and began writing down her dream experiences. These were the beginnings of her NY Bestselling novel “Twilight,” which turned into a series that was made into several films. Meyer went from a regular housewife to a multimillionaire with an estimated net worth of around $125 million. Her name is synonymous with the vampire fantasy genre.

India Times lists Avicii, the world-famous DJ as another celebrity personality who became famous overnight. Aviccii’s fame was crazy, but it left his fans heartbroken when he mysteriously died at a young age. Tim Bergling, also known as Avicii struggled with personal problems. His health was an issue, and he didn’t handle the fame very well, perhaps because it happened so quickly.

Kid Cudi is another rising star whose flame burned brightly and intensely. Cudi became an influential artist nearly overnight, also helping others along the way, including Kanye West. His fame came like a lightning bolt. Unfortunately, he couldn’t handle the fame. Kid Cudi receded into the background once again. Within a week, he went from being an unknown to a megastar.

Alux lists Elizabeth Olsen as another star that moved from oblivious to becoming famous. She was one of the twins that appeared in “Full House,” as the youngest sister in the family. Her fame exploded when she appeared in “Godzilla” as Elle Brody, and as Wanda in “Captain America.” The Winter Soldier.” Marvel has a way of elevating the status of nearly every actor that appears in its productions. She went on to snag a role in “Avengers: Age of Ultron,” which cemented her place as an A-list actor

Emma Stone is an American actress with a famous name, but she wasn’t recognized until appearing in the film, “Superbad” in 2007. The film was her breakthrough role. The exposure she received brought on many more film offers. Stone was transformed into a superstar overnight. She had found the brass ring. Stone has appeared with some of the biggest names in the business, including Edward Norton, Naomi Watts, and others.

Nyong’o was an unknown actress from Kenya and Mexico with dual citizenship in these countries. It wasn’t until she appeared in the film “Twelve Years a Slave,” with Michael Fassbender and Brad Pitt, that she became famous. The film earned her a few Golden Globe and BAFTA nominations. Her fame spread throughout Hollywood, and she was then cast in “Star Wars: Episode VII.” She became a hot commodity in Hollywood almost overnight.

Johah Hill is a name that most of us recognize immediately, but it hasn’t always been that way. He was born Jonah Hill Feldstein and dropped the last name to develop his stage name. Jonah appeared in “Superbad,” which gave him his first big break. He went on to appear in “Funny People,” “Get Him to the Greek,” and “The Wolf of Wall Street.” Hill has appeared in many solid roles and has been nominated for two Academy Awards. Hill is among the most famous actors and comedians in Hollywood these days, and his fame happened at lightning speed.

Dave Franco was fortunate to have an older brother named James Franco, but he wasn’t very well known until he appeared in the film “21 Jump Street.” Franco became an instant sensation after appearing on the hit comedy. Dave Franco is well known on social media. Franco went on to appear in “22 Jump Street” as well.

Watson winds up our list of the twenty celebrities who became famous overnight with Emma Watson. Emma had a passion for stage acting since she was a little girl. Emma’s parents enrolled her at a theatre Arts school before she hit puberty. Watson learned to dance and act at the theatrical school. Watson auditioned for a part in the film “Harry Potter.” She was cast in the role of Hermione Granger. Any Harry Potter fan can tell you that this was all it took to transfigure her from an unknown to a brilliant shining star. The film turned out to be a blockbuster hit, followed by several others in the franchise series. Emma Watson became an instant star as she shared a similar experience with Daniel Radcliffe. The two grew into their roles in the series that they worked on through their teen years into young adulthood. The “Harry Potter” franchise skyrocketed Emma and Daniel to unimaginable heights of fame, with the fortune that follows. Emma doesn’t have any problems finding work these days. 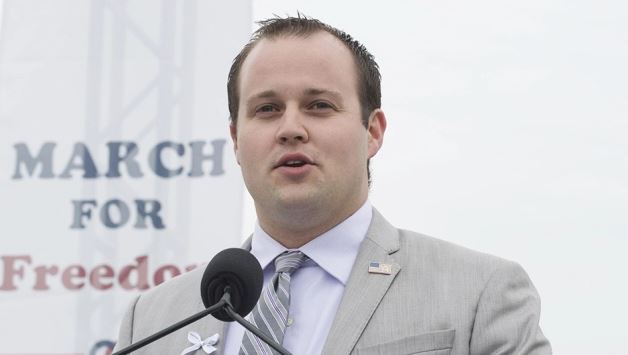 The Duggar family released a statement on their blog following…

Katie Lowes plays a character we all love on our…

Religious freedom has been a long-standing tradition since the founding…

Beauty is in the eye of the beholder – no…

She was a fan favorite when she was the Bachelorette,…

Guilty pleasures are just that; and we’ve decided that Erika…