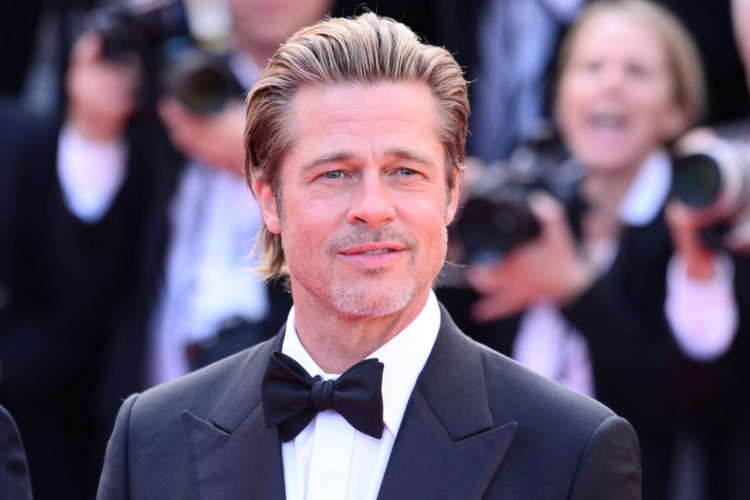 When the romantic relationship between a couple becomes compromised when one partner cheats on another, the impact is devastating. It is rare for couples to recover from this breach of trust, which ultimately leads to among the top reasons why couples split up, to begin with. When it comes to higher-profile relationships involving celebrities, especially when there’s proof, the devastation sometimes results in a big dent in the cheating celebrity’s career. There has been the occasion where the celebrity’s career has been utterly destroyed to the point of no return. In a celebrity’s lifestyle, it seems harder to stay faithful to the significant other, which tends to give the tabloids more than enough material to work with to load up the pages. It doesn’t help any when there’s the paparazzi, who can be either a celebrity’s best friend or worst nightmare.

In July 2011, the wife of Arnold Schwarzenegger, Maria Shriver, filed for divorce two months after it was discovered her husband fathered a child with their housekeeper, Mildred Baena. In an interview documented by US Magazine, Schwarzenegger admitted cheating on his wife was his biggest regret. This affair became highly publicized and definitely did a number on Schwarzenegger’s political career, but at least Hollywood let him come back to his acting career.

Not only was actor Hugh Grant caught cheating in 1995, but was even arrested for it when he and prostitute Divine Brown were caught in the act. His girlfriend at the time, supermodel Elizabeth Hurley, wasted no time ending her decade-long relationship with Grant once she learned of it. It was hard not to as the Los Angeles arrest became front-page news on just about every media source there was available at the time.

When Sandra Bullock discovered her celebrity husband of five years, Jesse James was cheating on her through a string of affairs that ultimately saw their marriage come to an end. At first, Bullock tried to work it out with James, but as more women publicly came forward, the reality of how unfaithful her husband really was became too much. At that point, divorce court was inevitable.

When actor Brad Pitt was still married to actress Jennifer Aniston, he began filming with Angelina Jolie for the 2005 movie, Mr. and Mrs. Smith. He also began an affair with her. This became a highly publicized love triangle that had the tabloids go wild with a string of stories, as well as documented proof that Jolie had every intention to take Pitt away from Aniston. Regardless of whatever circumstances the media and the fans wish to favor, the bottom line is Brad Pitt and Angelina Jolie both knew what they were doing when they became romantically involved with each other. However, Pitt continually admitted despite his affection for Jolie that caused him to split from Aniston, he never actually cheated on her. Apparently, he waited until after he was divorced from Aniston before getting more involved with Jolie. However, the 2014 marriage between Brad Pitt and Angelina Jolie constantly made headline news on the tabloids, many were surprised the two even made it to the altar, even after Jolie admitted to Pitt she had cheated on him. The story has it, however, throughout the time this couple was together, there were at least ten different affairs that took place were apparently staying faithful simply isn’t in the genetics of Brad Pitt nor Angelina Jolie.

Then-girlfriend of Billy Bob Thornton, Laura Dern, shared a long-time relationship with the man that was supposed to become her husband. That was the plan until Angelina Jolie got into the picture, stealing Thornton away from Dern when these two actors starred in a movie together, then ran off to Las Vegas, Nevada, and eloped. For Dern, coming home to learn her boyfriend just married another woman and never spoke to her again came as a huge shock. Not only did Thornton blatantly cheat on Dern, but married Jolie before having the decency to officially end his relationship with her first.

When Robert Pattinson and Kristen Stewart met and fell in love while filming Twilight, the two became the most lovable couple in Hollywood as the on-screen romance blossomed into an off-screen one too. However, in 2012, all that came to the shocking conclusion that Stewart had been cheating on Pattinson with Rupert Sanders, who was the director of Stwart’s Snow White and the Huntsman movie. For Sanders’s wife, she was also shocked when the news came out that her husband was cheating with the young actress.

One doesn’t have to be a Hollywood actor to qualify as a celebrity. In the case of golf icon Tiger Woods, his infidelity caught up with him when his wife, Elin Nordegren, found out. It wasn’t just with another woman Woods cheated on her with, but many. Despite his pleas to rehabilitate himself, Nordegren wanted nothing more to do with him and filed for divorce.

Actors Jude Law and Sienna Miller were seen as the celebrity dream couple of the UK. However, the relationship was a tumultuous one, starting in 2004 when Jude Law cheated on Sienna with the nanny of his children from a previous marriage. He did this after the couple became engaged and before they got married. It was also discovered Sienna Miller cheated on Jude Law with James Bond actor, Daniel Craig. The couple split in 2006, then briefly reunited in 2009, only to split for good the second time.

It’s one thing to cheat, but another to be publicly blatant about it. While still married to actor Dennis Quaid, actress Meg Ryan began to date her Proof of Life co-star, Russell Crowe. The nine-year marriage came to an end in 2001 after Ryan and Crowe became so heavily publicized. Remaining unapologetic about it, Ryan commented in interviews that she wasn’t the only spouse that was unfaithful. Whether that’s true or not, it was Ryan that made a public spectacle out of it.

Wayne Rooney married his high school sweetheart, Coleen, in what was the biggest UK celebrity wedding in 2008. Unfortunately, the ability to stay faithful to his wife often found Wayne Rooney and whatever woman he was with at the time put on public display in the media.

When the paparazzi get that prized photo for the tabloids to have a field day with, the celebrity caught in the act has some serious explaining to do. Katherine McPhee, who originally got her Hollywood start after appearing on American Idol, starred on another television series, Smash, and was making quite a name for herself. In 2012, when the tabloid pics caught McPhee with the show’s director, Michael Morris, this blew open an affair that demonstrated McPhee’s direct involvement with a man who was still married to actress Mary McCormick. While McPhee was already separated from her own husband at the time, this was not the case between Morris and McCormick. It is now.

In 2009, LeAnn Rimes began a relationship while married to Dean Sheremet on the set of the 2009 Lifetime movie, Northern Lights. Shortly afterward, while still in that relationship, she started one up with her co-star, Eddie Cibrian. Since the cameras were following them everywhere they went, it didn’t take long before photographs of their romance surfaced on the tabloids and in the news. This led to both Rimes and Cibrian divorcing their own spouses.

Actors Ryan Phillippe and Reese Witherspoon married in 1999 and it seemed to be one of those celebrity-style marriages that showed promise. However, when Phillippe’s ultra-cozy relationship with his Stop-Loss co-star, Abby Cormish, came to light, there was too much evidence stacked against him to deny it. Between Witherspoon catching messages on his phone about the affair, as well as the paparazzi catching him in the act, this became too obvious to deny, which Phillippe didn’t seem to care to do anyway. In 2007, Witherspoon filed for a divorce.

On MTV, Jessica Simpson and Nick Lachey seemed destined to be more than just reality television’s dream couple. However, when the truth came out Simpson was cheating on her husband, the dream became a nightmare. When the paparazzi caught Simpson leaving the Chateau Marmont in Los Angeles, wearing Adam Levine’s T-shirt, there was no denying the star was unfaithful to her husband. Lachey divorced her in 2006.

The legendary Elizabeth Taylor and Richard Burton shared more than just on-screen romance. Both Taylor and Burton had fidelity issues, not only with their own married partners but even with each other. For the couple, however, when the paparazzi blew open their secret romance in 1962, it was more than enough reason for their respective spouses to file for divorces and move on.

For seventeen years, off and on, Jack Nicholson and Anjelica Huston were a celebrity couple that split for the final time in 1989 after it was discovered Nicholson’s extramarital affair got his mistress, Rebecca Broussard, pregnant. Although Broussard wasn’t the first woman he cheated with, it did serve as the final blow that saw Nicholson and Huston separate for good.

When the much younger Ashton Kutcher married the much older Demi Moore, already there was speculation whether or not the two really would live happily ever after. Turns out the answer was a clear no. Although the couple had already separated at the time Kutcher was seeing Sara Leal but was caught cheating on her with Mila Kunis. Leal made Kutcher’s affair public, even going as far as warning Kunis that the man is incapable of being faithful.

Once upon a time, supermodel Heidi Klum and singer-songwriter Seal were a happy couple. Then, when Seal revealed in an interview about Klum’s unusually cozy relationship with her bodyguard, hiding the obvious was no longer possible. At that point, she no longer did and made her relationship him official, therefore putting an end to what she once had with Seal.

Jennifer Lopez was still married to Cris Judd when she was caught dating Ben Affleck. When he found out, it was time for divorce court. Lopez was then set to marry Affleck. However, what she did to Judd had the favor returned to her as Affleck informed her while she was organizing her wedding with him that he was marrying Jennifer Garner instead.

When Madonna settled down with Guy Ritchie, it appeared as if the Material Girl was ready for the commitment. However, eight years later, US Weekly publicly exposed her cheating ways when she was seen with Alex Rodriguez from the New York Yankees. When Guy Ritchie learned of it, he didn’t take the news well and the marriage was officially over. When he was interviewed by US Magazine, he made it clear what he thought of his now ex-wife. 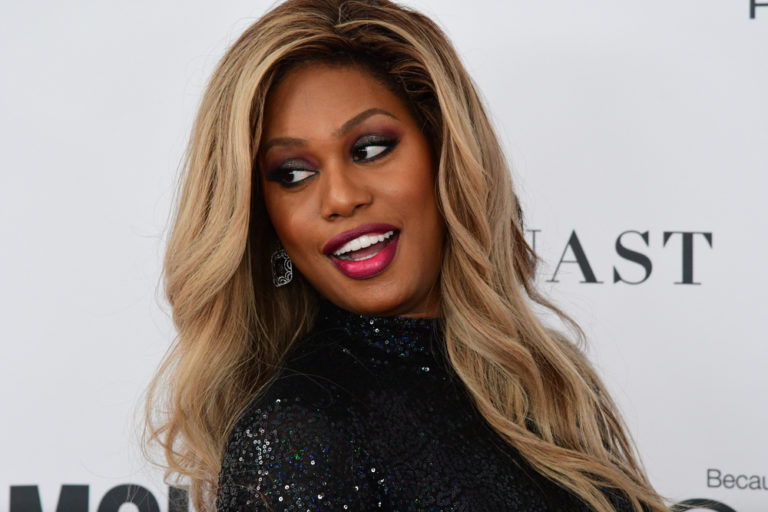 There have been transgender people for all of recorded history….

Guilty pleasures are just that; and we’ve decided that Erika…

Say it isn’t so; The Voice judges Gwen Stefani and…

Being diagnosed with cancer is a terrible ordeal for anyone,…

If you are not watching Vanderpump Rules on Bravo, you… 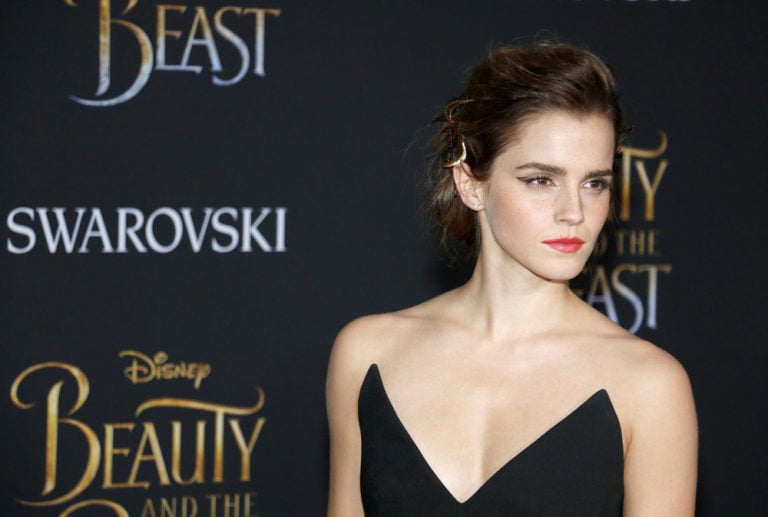 The entertainment industry can be fickle. Some talented people spend…