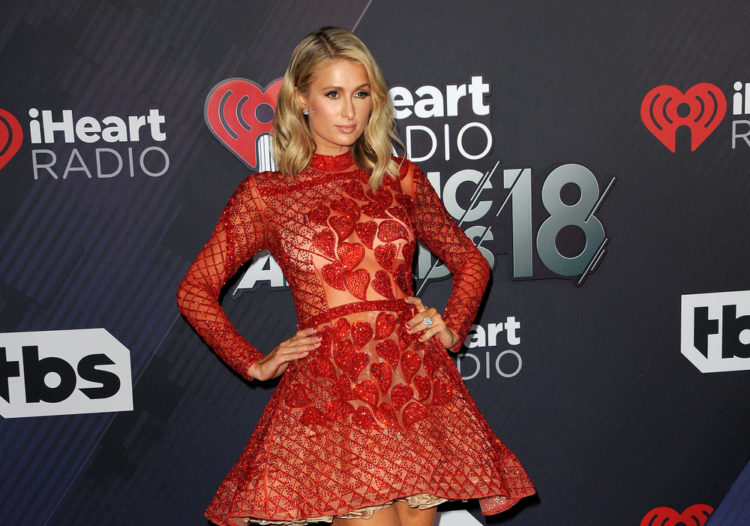 Most of us have our favorite celebrities that we enjoy hearing about. In the same token, there are those that we don’t like. When enough people congregate in their dislike of a celebrity, it makes one wonder why they’re so famous? It’s because Hollywood has forced them on us, whether we enjoy seeing them or not. Here is a list of twenty celebrities that many people believe Hollywood forced on us against our wills.

Hollywood.com includes Charlie Sheen on the list of celebrities we’ve had forced on us. He was a brilliant young actor who went on a downward spiral. After he lost it for a few months and went on numerous rants, gossip columns lit up. He coined the phrase “winning” which wasn’t positive. People used it to make fun of him as a meme. He has paid the price for the years spent doing things that the average person finds distasteful. His behavior has been erratic and his poor choices have not set a positive example for fans of any age. Even those in Hollywood who used to enjoy paling around with him are tired of his misbehavior and irrational outbursts. Hollywood continued to keep him on the center stage far beyond what most found tolerable.

Gwyneth Paltrow is another celebrity that fell into disfavor with the masses. She’s an actress that dropped the N-bomb in a tweet, and it didn’t go over well. Although referring to a song being performed at a Kanye West and Jay-Z concert, it wasn’t politically correct of her to use the word. She shared it on Twitter, which was one of the biggest mistakes she could have made at the time. The second mistake was to keep her social media accounts active as a mudslide of negative comments

Refinery 29 confirms that Anne Hathaway is another celebrity that is among the most hated list. She comes across as being a lot of fun and a caring person, but she’s not everyone’s cup of tea. We’re not quite sure how she incurred the wrath of so many. Maybe it’s a personality thing, but she’s racked up some negative ratings on the love and hate scale and she’s another star that many feels were forced on them by Hollywood.

Dax Shepard started when he appeared on “Punk’d.” While there is an audience who found him somewhat humorous, most didn’t enjoy his cringeworthy celebrity shaming. He comes across differently on television than he does in his personal life. If you hear him talk about real-life things, he is an actor who wants to do his best for his family, and he’s not that bad of a guy at all. He’s since become sober and he revealed that he struggles with dyslexia. Shepard is a celebrity that people felt was forced on them as they didn’t enjoy the characters he portrayed.

There was a time when Kristen Stewart was one of the hottest commodities in Hollywood. Her appearance as Bella in the “Twilight” franchise catapulted her to dizzying heights of fame. Although she enjoyed a brief heyday, fans found her treatment of then-partner Robert Pattinson distasteful and offensive. That led to various observations about her depressed appearance and her enemies nearly picked her apart. She lost favor more quickly than she did film roles, which left a sour taste in the mouth of some.

How many installments of “Fifty Shades of Grey” are possible? Dakota Johnson broke some new ground in the early days when she appeared on “Ben & Kate,” and her initial efforts in the blockbuster “Fifty Shades of Grey” earned her more deserved recognition. The excitement seemed to fade after a few installments of the franchise, but it there are three books and that’s what happens when there is a movie based on a book series. Although there was nothing bad to say about her performance her fan base seemed to part as it gave way to the wave of dissidents who were growing tired of the story. We can’t explain why so many viewers began hating on Dakota, but she also became one of the celebrities they felt was forced upon them, and they’ve been vocal about it.

We would be remiss if we didn’t include Donald Trump in the list of celebrities that were forced on the general public. We’re not referring to the presidency either. Hollywood.com explains that to know Donald Trump for many, was to dislike him. He coined the phrase “You’re Fired,” and it chapped the hides of hordes of viewers who wanted him off the air. They got their wish for a little while but soon, he was on the news nightly. It seemed that his opponents would find no escape for him unless they turned their televisions off and logged off their social media accounts.

Chris Brown is a man that no longer needs an introduction. After what he did to Rihanna, he hasn’t been on many fan lists. he’s the kind of guy that thinks it’s okay to blow up and throw a hissy. You won’t get an apology from him either. His rudeness and poor manners have earned him a dot of disrespect in Hollywood. It makes a lot of people wonder why he’s still allowed to hang around? And why does he seem to get away with all the crap he pulls? People have had enough of Chris Brown.

Gilbert Gottfried took the shock comedy way too far. He offended nearly everyone in the world when he tried to joke about the Japanese tragedy after the tsunami hit. Aflac had the good taste to let him go as their representative Duck voice actor. Not everyone pulled their support of him through. Godfried has an annoying voice that would send viewers to the other room, so they were happy when they pulled the plug on his commercials.

Leann Rimes is a singer that gained a bad reputation with her fan base. She became known for making insensitive statements on social media that showed her to be a self-centered person. That’s aside from the fact that she took up with a married man while she has married herself. The general public doesn’t appreciate that kind of behavior. Most parents don’t want their kids to emulate such behaviors and it makes her a negative role model that most of us could do without.

Jason Biggs must have taken a leaf from Gilbert Godfried’s book. Biggs became one of the least popular comedians when he sent out an insensitive tweet about the Malaysian Airlines plane that was shot down over Ukraine. The event happened way back in 2014, but it’s something that people just can’t forget. He may never be able to fully move past that one. Although Jason has apologized for the tweet, it has forever damaged his reputation and He’s another one that many viewers would rather not see period.

Hulk Hogan had his heyday as a superstar wrestler, but those days are over. He’s since gone on to try to fit into the entertainment industry where there isn’t a suitable niche for him. It didn’t help when he posted a picture of his daughter’s legs on social media. Most people believe that there was nothing evil intended by the post, but it was a social faux pas that made him look like a real creep. That’s one he’s not going to live down for a long time.

Jaden Smith is the son of actors Jada Pinkett-Smith and Will Smith. He’s starting to learn the craft of his parents and carving a niche for himself in Hollywood, but not everyone is that impressed with his social views. He made a big mistake recently by tweeting that more people need to drop out of school, commenting that they’d be smarter if they did. It’s not often that a celebrity personality would encourage people to NOT get an education. That comment is likely to follow him for the rest of his days. he won’t be named to any role model lists soon. He’s another celebrity that seems to have been forced upon us.

Fandomwire lists Kylie Jenner as a celebrity that many would rather not see on television. The main reason that people don’t want to see Kylie is that she doesn’t come across as being genuine, but rather as self-deluded. She’s a rich girl who was born into a wealthy family. After being given all the resources a person could need, she claims to be “self-made.” That didn’t sit well with most viewers and it turned them on her.

Caitlyn Jenner is a celebrity that has a big base of fans and unfortunately a group of those who are no longer interested in hearing what she has to say. Formerly Bruce Jenner, as a male he was married to Kris Kardashian. When he came out as a transgender woman, the marriage ended. For some reason, Caitlyn even has haters coming at her from the LGBTQ+ community. She is yet another celebrity that some wish would stay off of television and out of the news, but some people support her.

Amy Schumer is a comedian who is becoming less tolerated by the general public. Her humor is embraced by some, but more people are over here and tune out when she’s on a special. She’s gained a reputation for picking fights on social media, and quite a few people are getting tired of her humor that they don’t find funny. Hollywood keeps her going strong and forces her on viewers when all they want is for her to give it a rest.

Kim Kardashian is another celebrity that people are growing tired of. She’s a socialite and part of a reality television series. The series is over now. Everyone just wants her to let it end that way. It’s time to give everyone a break, but Hollywood isn’t cooperating.

Amber Heard went from obscurity to being Johnny Depp’s wife, then back to obscurity. With their ill-fated marriage ending, Heard is making numerous allegations of abuse. Her career picked up while Depp’s landed on the rocks. It’s tough to see Depp having such a bad run. Nobody knows what happens in a relationship. Viewers who are loyal Depp fans find some of the allegations hard to swallow. They’re not looking forward to seeing more of Amber Heard on the screen either.

Sarah Jessica Parker is on the naughty list with quite a few fans of Kim Cattrall. Her appearance on Oprah didn’t go that well either. She just wanted to talk about how rich she and her husband are. She didn’t talk about any struggles involved with being a working mother. The episode was meant to discuss issues with working parents. Parker turned it into something else. She admitted that she had a lot of help raising the kids, so what was the point of interviewing her in the first place?

Paris Hilton is one of the least liked celebrity personalities. Paris comes from a wealthy Hilton Hotel family. Hilton lives an opulent lifestyle, thanks to her parents. We can’t think of any contributions she has made to society or any reason to listen to her dull interviews. She doesn’t have much to offer viewers, but Hollywood likes to strut her around now and then.

Religious freedom has been a long-standing tradition since the founding…

If you’ve never heard the name Morgan Macgregor, it’s not…

Emily Maynard is a remarkable woman with a long history….

It’s a Christmas miracle; Kim Kardashian has launched her new…